Expo or not, meaningful tourism in the UAE is unlikely to return until the back half of next year, a new report from Knight Frank has predicted.

The global real estate consultancy has poured cold water on any hopes of a bumper return to tourism in the UAE this year despite global immunisation roll-outs and the Expo 2020 showcase rescheduled for October. While the latter is expected to somewhat bolster demand, the firm doesn’t anticipate tourism to pick up in a meaningful way until the back end of next year, and believes the Expo’s 25 million visitors target to be unlikely.

In response, Expo organisers in Dubai have said that the initial attendance target remains unchanged, but may be revised closer to the six-month event’s October start date. “We are following the current global situation in relation to Covid-19 closely and will update our modelling accordingly as the event approaches,” a spokesperson said, adding that they continue to look forward to welcoming millions of visitors from around the world.

Nevertheless, given the favourable longer-term outlook, the Knight Frank report forecasts that tourism sector investment will remain steadfast regardless of Expo numbers and a potential slower return to business-as-usual. “Despite challenging market conditions, asset owners understand that this is a short term shock, rather than a long term structural change to the market,” the report states, noting the “extended investment horizons” of tourism investors. 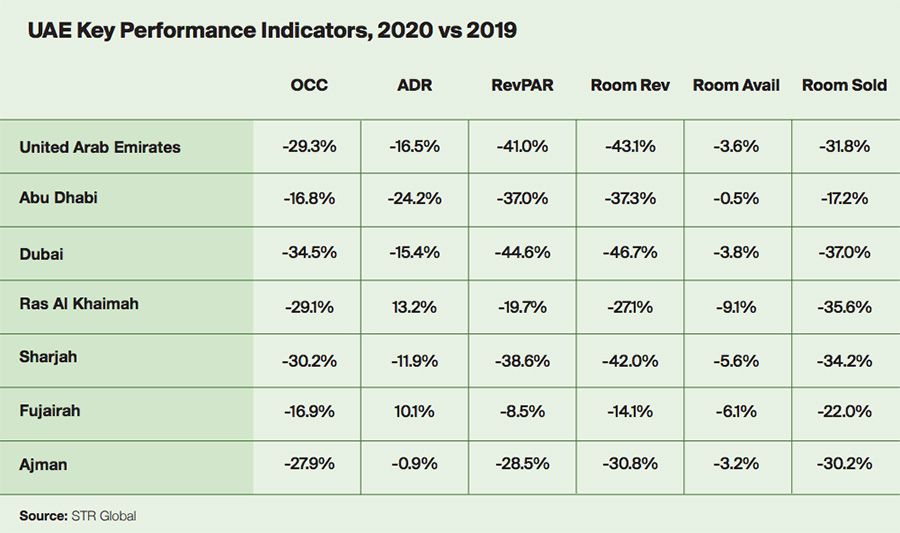 Speaking last year, Knight Frank’s Head of Hospitality and Leisure, partner Ali Manzoor, said the Expo in itself shouldn’t be a motivating factor. “In terms of future development, as a firm, we have seen little difference in terms of new development projects. This is not surprising – such projects have a three to four-year development timeline, after which they are operational for a minimum of five to ten years before being considered for sale or refinance.”

While noting the sector’s stable investment landscape, the specialist consulting firm also pointed to a likely longer-term disruption of the hospitality market as a result of the novel coronavirus which has swept the world. “The sector was not only the first to be affected but to date has undoubtedly been the hardest hit. In addition to this, it is also most likely to see long-lasting changes which have been bought about purely by the pandemic,” the report states.

It’s imagined that one such long-lasting effect will be an accelerated demand from tourists and guests for contactless services, such as personalised AI room assistants. Here, Dubai – which in 2019 brought in over 50 percent more tourist dollars than the next closest destination – might be especially well-placed to meet the demand, having already embarked on a driven campaign of tourism sector innovation prior to the outbreak of the global pandemic.

DLD expands smart valuation process to include buildings and villas

UAE should show the world Dubai’s Sheikha Latifa is alive

Bringing nature to life at the home of Rolls-Royce

Is It Real? The Exorcist House in Washington, DC, Facts vs…